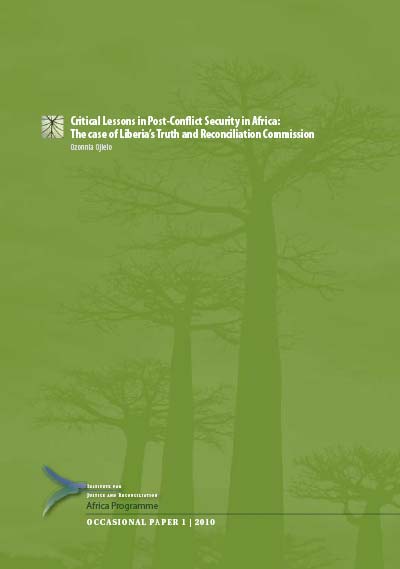 It has become a globally accepted axiom that democracy is the best form of government. It may not be perfect but in an imperfect world, it is seen as the best form of government available. Democracy is also seen as unique in its capacity to manage conflict. As a system for managing difference without recourse to violence, democracy enables processes through which differences could be brought out, acknowledged and dealt with in ways satisfactory to all the actors, and without threatening the system. Liberia was a democratic state that had existed for close to 200 years. Like all democracies, it was expected to have developed the institutions and processes that would manage grievance and difference. It had never been conquered or colonised by any other power. To many scholars of West African history, it was surprising that such a state could collapse and degenerate into lawlessness and disorder. Beneath the façade of democracy in Liberia however, the state was characterised by authoritarianism. When the state imploded in 1989, it might have surprised members of the international community, but not the people of Liberia. Decades of misrule had been marked by violent forms of oppression and egregious human rights violations, ultimately plunging the country into civil war.