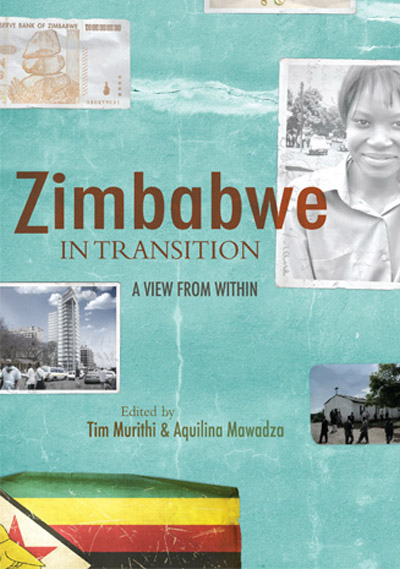 Zimbabwe’s transition to democracy in the post-independence era has been a very difficult one. To date, there have been a number of sustained efforts by various local, regional and international actors to move Zimbabwe towards democracy as well as attempts to find a lasting solution to the political and economic crises that seriously affected the country’s progress from the late 1990s.

However, these attempts have been less successful mainly because Zimbabwe has complex political and economic problems, with interlocking national, regional and international political and economic dimensions rooted in both historical and contemporary factors and developments. To understand the complexities of challenges to Zimbabwe’s transition to democracy as well as prospects for political change and democracy in the country, Zimbabwe in Transition critically examines both the historical and contemporary dynamics shaping political and economic developments in the country, taking into account voices from a broad spectrum of Zimbabwean society, including civil society, faith-based communities, the Diaspora, women, community leaders, the media, youth, and regional actors such as SADC and the AU.

About the Editors
Tim Murithi is head of the Justice and Reconciliation in Africa Programme at the Institute for Justice and Reconciliation in Cape Town, and a research fellow with the Department for Political Sciences at the University of Pretoria, South Africa. He is the author of the The African Union: Pan-Africanism, Peacebuilding and Development, published in 2005.

Aquilina Mawadza is a researcher and academic. She is the project leader of the Southern Africa desk at the Institute for Justice and Reconciliation in Cape Town. Her research interests are around issues of migration, media and gender.