The Theatre of Violence 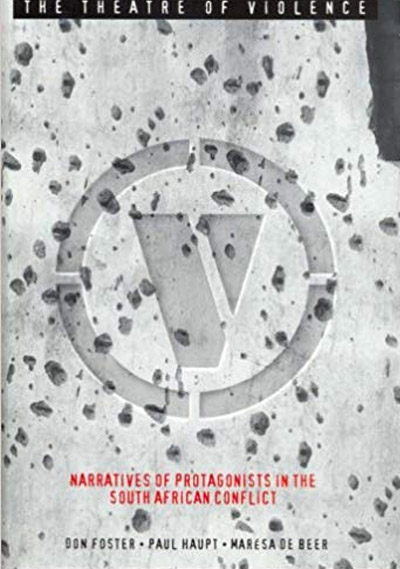 The theatre of violence: Narratives of protagonists in the South African conflict

This profound and deeply compassionate study aims to reach into the complexities of political violence in South Africa between 1960 and 1994, and to expand our understanding of the patterns of conflict that almost drew South Africans into a vortex of total disintegration during the apartheid era. This book is used in the teaching of critical and social psychology at both undergraduate and postgraduate levels. While many accounts have focused on the victims of state repression, this unique volume documents the often contradictory and confusing stories of those who acknowledge having committed some dreadful deeds. Individuals on various sides of the apartheid divide, from state security structures to the ANC, PAC and grassroots, activists, tell their own stories. The central focus is to give an account of the actions of the perpetrators, here depicted as competing protagonists in an arena of violence. It examines the violence forensically, through its public and popular representations, academically and, finally, through the narrative approach, drawing on a rich analysis of stories from different sides. The authors also offer the first critical examination of the TRC’s amnesty process, show how media representations of perpetrators inform public perceptions, and scrutinise international scholarly writings on the issue of political violence. Suggestive and intriguing, The Theatre of Violence opens a fresh examination of the erstwhile taken-for-granted understandings and attempts to address a range of questions that are often not considered, and perhaps cannot be considered, in a dispassionate way. It is in many ways an optimistic study, holding out the possibility of a society that can understand and take steps to minimise the perpetration of gross violations of human rights.
DOWNLOAD