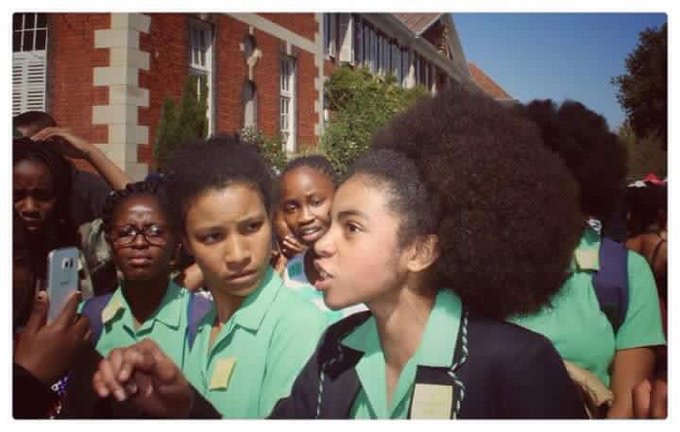 Every other month or so, we wake to news of yet another racist incident in one of South Africa’s schools. What happens next follows a similar script: the school in question responds once faced with pressure from a) those who experience racism within the community, b) external outrage from social media and mainstream media, and that’s only if they respond at all. Schools shouldn’t wait for a racist incident to happen to be engaging with the realities racism in a post-apartheid society. In fact, all schools in South Africa ought to actively engage in anti-racism education and deliberate efforts to create a school culture that is safe, just and equitable.

This article outlines 7 action points1, as learnt through our anti-racism dialogical work, to kick start anti-racism conversations and efforts in South African schools.

South Africa’s education system remains riddled with inequalities and numerous systemic challenges. One such present-day challenge is the persistence of systemic exclusion, racist school cultures and harmful attitudes that dictate who belong and who do not. The South African schooling system, like other sectors in South African society, has yet to undo the legacies inherited from our history of Apartheid, colonialism and slavery. While some progress has been made since the dawn of democracy, the education system remains characterized by racialized inequality and segregated schooling while free quality education remains inaccessible to youth from black and coloured working-class and rural communities.

Our inability to address the historical legacies of racism within education is one of the main factors behind the persistence of racism in our society today. School leaders ought to acknowledge the harmful effects of racism on the well-being of black and coloured learners and their ability to learn in a safe schooling environment. School leadership should take up their responsibility to have a greater awareness of the deeply unequal and inequitable society we exist in. And ensure that learners who experience any form of othering and exclusion are seen, heard, validated and protected.

One essential step for addressing racism in schools is to create safe spaces for open and honest discussions on racism, particularly for those who experience racism daily. Schools should find ways to create safe spaces for people (including learners, teachers and ground staff) who experience racism (i.e. black, coloured and/or other marginalized groups) to talk about these lived experiences, without fears of being judged or facing damaging consequences. Dialogue proves to be effective in surfacing micro and macro-aggressions experienced daily as well as the lived realities of navigating life as a racialized being. Dialogue spaces allow for experiences to be validated and allows for the fostering of solidarity, understanding and compassion amongst those who share in this experience. Dialogues prove to be useful for mutual learning and the sharing of knowledge – and here, it is important to remember that the burden should not fall on black and coloured learners/school staff to educate white learners/school staff about the realities of racism. White learners/school staff ought to take up their responsibility of learning about things like white privilege, white supremacy and how to actively engage in anti-racism.

Racism will continue to thrive in a context that fails to hold perpetrators accountable, whether the perpetrators are students or staff. Prioritizing mechanisms for justice and holding perpetrators accountable will go a long way in showing that the school community is serious about addressing racism. Believing victims and recognising that racism is a serious social problem is essential for creating a collective consciousness that entirely rejects the normalisation and occurrence of racism. Dismantling racism requires that we interrogate the ways in which people are complicit in or are perpetuating violence. Disrupting this culture that protects perpetrators, rather than victims, is necessary to pursue justice and to ensure safety within the school community.

4. Understand that racism is systemic and structural:

Systemic and structural racism refers to racism that is present within systems such as the criminal justice system, the economic system and the education system, for example. We often tend to see racism in its interpersonal and attitudinal form (like using racial slurs and racist stereotypes, for example). An equally violent and damaging form of racism lives within the systems and structures of a school and is reinforced by the dominant school culture. It is important for school leaders to scrutinize and rectify school systems, policies and governance structures that uphold racist values and that inflict harm on those who experience racism.

In doing so, schools should also reflect on elements such as the code of conduct and school governance structures, by asking themselves the following questions: 1) Are these structures and policies representative of South Africa’s demographics and rich diversity? 2) Do these structures and policies force black learners and staff to assimilate into the dominant culture of whiteness for their safe navigation? 3) Does the code of conduct uphold racism?  Are there policies, like hair policies for example, that dictate what kind of hair is considered ‘neat’ and what is considered ‘untidy’? Are there unwritten rules around speaking an indigenous language on the school premise and are black learners being forced to speak English or Afrikaans?

There is an urgent need for schools to engage with decolonial thinking and the subsequent dismantling of white supremacist norms within education. Transformative governance structures and equitable school policies are critical for creating schools that protect and uphold values like dignity, equity and justice.

Another critical step for addressing racism in schools involves in-depth education (for both teachers and learners alike) on South Africa’s history of Apartheid, colonialism and slavery. At the IJR, we believe it is of paramount importance to know exactly where it is that we come from, as a country, and how our history continues to shape us and impact understandings of race and experiences of racism today. Engaging with apartheid history should be mandatory, in a society as wounded and traumatized as ours. Apartheid affected every single aspect of black South African life, and it has left deep wounds in our communities. This history cannot be forgotten, nor can it be ignored. Learners and teacher’s alike ought to be deliberate in creating meaningful ways to engage with decolonial South African history and the parts of history relegated to the margins by white supremacy.

Scholars who have written in support of history being compulsory in schools echo this notion that education is a useful tool within society to pass on what a society feels is important. Additionally, they have argued that history in schools can open up critical conversations, it can open up wounds and it can also explore pathways for healing through confronting the past and learning from it to inform the future. History also explains a great deal about the social and cultural underpinnings of our society today. To understand our current social, political and economic context, it is imperative to have in-depth knowledge of the past as many of the challenges we face are historically based.

Lastly, there are many lived experiences of those who lived under the brutality of apartheid that have not yet been heard, centered and prioritised. There are many apartheid era crimes and killings that have yet to come to light and victims have yet to see justice. It is important to remember that Apartheid happened very recently and many of its victims are still alive today. Apartheid is as much a part of history as it is a part of the present.

6. Understanding the impact of racism on young people’s mental health and well-being:

Recent research shows that young people that experience racism from a young age, are disproportionately affected by certain mental illnesses like depression and anxiety disorder. There are many links between racism and mental health. It is for this reason that dismantling racism is critical for the mental and emotional well-being of young people and children, especially black and coloured children who experience racism daily. According to the South African Depression and Anxiety Group (SADAG), the state of mental and emotional health amongst young people is in crisis, with the student population growing more vulnerable. Young people today deal with many pressures ranging from the pressures they face in school and on social media to living through a global pandemic, a global recession, an unprecedented global political climate as well as the near-future uncertainty presented by climate change and continued environmental degradation. It is important to understand the impact of racism and othering on young people’s well-being and create safe environments that is conducive for their learning and development.

7. Be proactive, not reactive

In many instances, schools become reactive when racism occurs. It is critical for all schools in South Africa to be more proactive and to practice anti-racism in all they do. Schools need to undergo anti-racism education and learn how to be anti-racist in its culture, curriculum, policies, governance and in its way of being as a school community.  School leaders should embrace an attitude of being pro-active about dismantling racism and all forms of othering and exclusion within schools.

For more information on how to engage in dialogues on racism, see IJR’s Brave Conversations: A Guide for Inclusive Anti-Racism Dialogue