Continuing a decade-long demand, South Africans rank unemployment as the country’s most important problem that the government urgently needs to address, the latest Afrobarometer survey shows.

A lack of jobs continues to outrank crime, housing, education, and corruption among citizens’ priorities for government action.

Indeed, a majority of citizens report going without a cash income at least once during the year preceding the survey. Many also experienced shortages of other basic necessities such as clean water, food, medical care, and cooking fuel.

Citizens indicate that they would be willing to pay more taxes to support programs to help young people, the demographic bearing the brunt of the jobs crisis. They say that if the government decided to increase its spending on such programs, job creation should be the highest priority for additional investment.

Afrobarometer is a pan-African, non-partisan survey research network that provides reliable data on African experiences and evaluations of democracy, governance, and quality of life. Eight rounds of surveys have been conducted in up to 39 countries since 1999. Round 8 surveys in 2019/2021 cover 34 countries. Afrobarometer conducts face-to-face interviews in the language of the respondent’s choice with nationally representative samples. 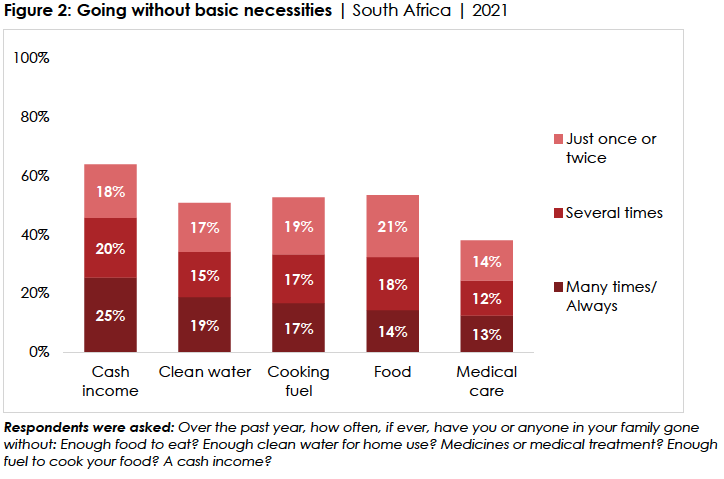 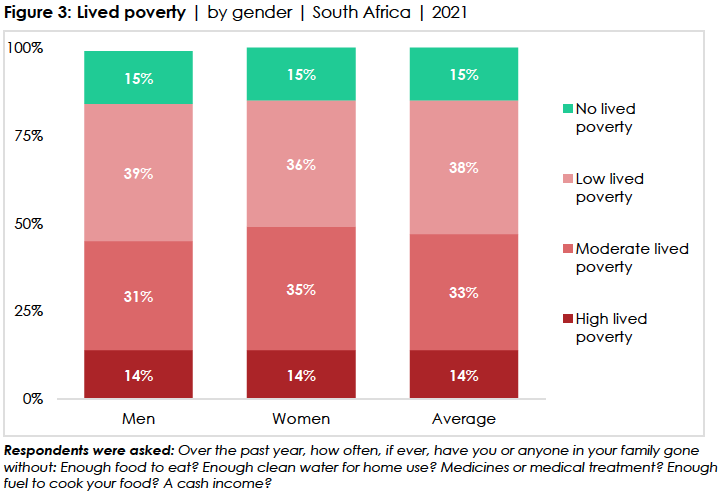 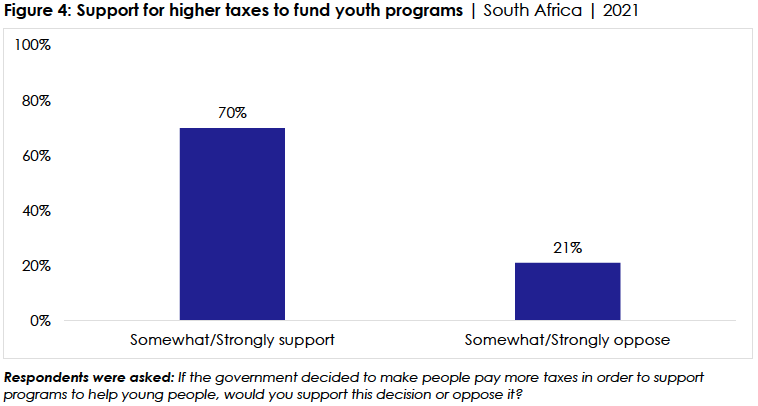 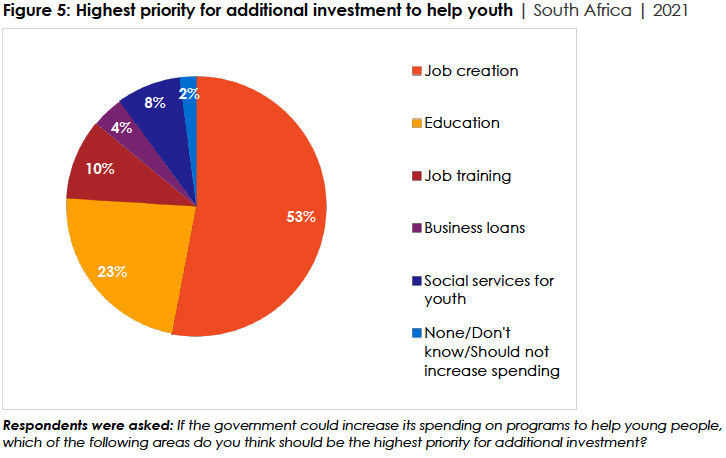