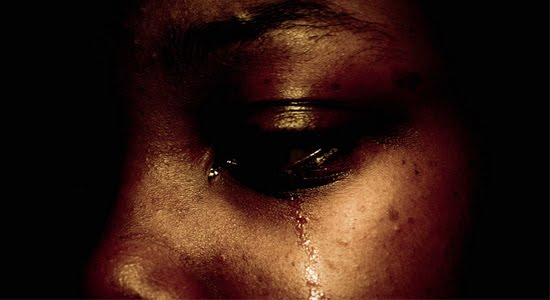 The evidence is incontrovertible: the socialisation of males in South Africa- and globally- is directly linked to gender-based violence. Violence [symbolic or physical] perpetrated against womxn, people of diverse sexual orientations or gender identities, or against other men, is supported and enforced by hegemonic and toxic expressions of masculinity. Toxic masculinity refers to a constellation of social attitudes that describe the masculine gender as violent, sexually aggressive, and unemotional. Subscriptions to toxic forms of masculinity are harmful and fatal to men, womxn and other genders, as documented by the high levels of violence in South Africa, of which men are both perpetrators and victims. A refusal to engage with this particular expression of manhood is a significant hindrance to effectively combatting gendered violence.

Toxic masculinity is embedded in South African culture, as evidenced by the spurt of gender-based violence highlighted by the media since January 2017, and manifests itself in a myriad of overt and covert ways. Toxic masculinity dictates that male-female, and male-male relations are fraught with tension- sexual, emotional and physical- and encourage competition, more than it encourages co-operation.

Toxic masculinity is rooted in the myth that men are unable to understand womxn because 1) a woman’s brain is somehow a sexual organ that makes her thoughts distinctly different from a man’s thereby causing confusion, and intrinsically linked to that, 2) womxn never explicitly say what they mean and vice versa which results in even more confusion. There exists a popular meme that of a soldier running away from his enemy, and is captioned, “If you’re about to hang out with your boys and your lady sweetly says ‘enjoy’- abort the mission!” This portrays womxn as passive-aggressive beings, incapable of being honest about how they feel; their words reduced to riddles. A womxn’s yes may mean no, and her no may mean yes, and it is a man’s duty to read between the lines and decide what she means. This flawed thinking serves to further entrench misogyny and normalise rape culture.

Toxic masculinity asserts that men are to be a constant pillar of strength, and the expression of any emotion, apart from anger, is shameful and effeminate. It limits men to their biology insofar as their physical strength must also replicate itself in psychosocial areas. Any vulnerability must be defended against, and emotions repressed (see: boys don’t cry), since a display of weakness can negate his right to manhood. Think of the 2009 Windhoek Lager advertisement “We don’t drink pink drinks.” Why not? Because pink is associated with femininity, and femininity is inferior. The most damaging insults men throw at each other- bitch, pussy, girly- carry connotations of femininity, because being a womxn (or like one) is considered to be one of the most  insulting things one can be. While it is tempting to dismiss advertisements and gender-biased memes on social media as ‘entertainment’, advertisements, by its very nature, are designed to influence its audience, and memes, by its very nature, pander to and re-enact the lived experiences of people.

Dangerously, toxic masculinity stresses that men, as hyper-sexual and hyper-aggressive beings, cannot be victims of abuse, and aggressively emasculates those who are unable to defend themselves from violence. Toxic masculinity dictates that to be a man is to be a satyr, rampantly virile and voracious in appetite. A man is defined by his steely hard-on (and the size thereof) as much as his muscles. He is perpetually ready for coitus, and must actively seek to ‘get laid’. This is a particularly heteronormative standard of masculinity that measures the worth of a man by how many ‘chicks he can score’. When stories emerge of womxn sexually abusing men, other men are quick to dismiss the trauma, or bluntly assume that he must have enjoyed it (not unlike what they’d tell a womxn).

For too long, gender-based violence (and all gender issues) have been conflated with women’s issues, and perceived as something distinct from that which affects men. While gender and women studies are inextricably linked, it is both ignorant and dangerous to exclude men from the conversation, since the latter group predominantly upholds the culture in which gendered oppression and marginalisation exists. Inviting men into spaces that interrogates toxic masculinity is fundamental to subverting misogyny, dismantling patriarchy, and by extension, ending gendered violence.