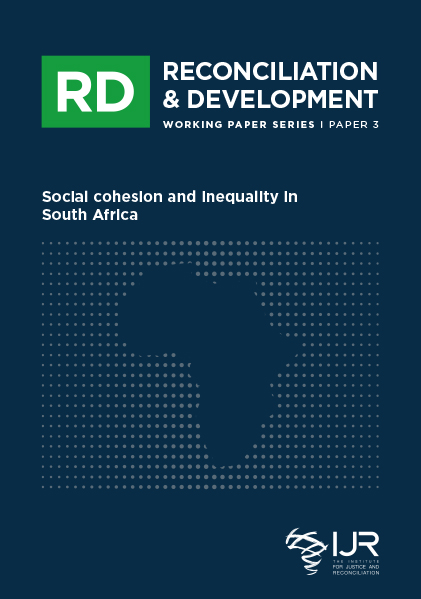 In this paper, we examine recent trends in social cohesion and inequality, and the relationship between the two in South Africa, using data from the South African Reconciliation Barometer (SARB) surveys. Given the country’s history of long-term racial and socioeconomic segregation, we use the extent of interracial interactions as our main approximation of social cohesion. We show that, although there is some improvement in the extent of interracial interactions over time, even today less than a third of South Africans often or always talk or socialise with someone from a different racial group. We use a multidimensional Living Standards Measure (LSM) to assess the level of well-being and the level of inequality. Our inequality analysis of this measure indicates that, since 2008, both vertical and horizontal (between races) inequality declined significantly. These trends can be attributed to progress made in the provision of basic services (i.e. water and electricity) and to ownership of household assets in South Africa. In contrast, when we focus on subjective or perceived inequality, it is clear that a large proportion of South Africans (about 70%) perceive the extent of inequality (the gap between the poor and the rich) as not having changed much or as even having worsened over time.

The key finding of our quantitative work is a significant relationship between individuals’ perception of inequality and their level of interracial interactions. Individuals who perceive the gap betw een the rich and the poor as becoming greater are less likely to participate in interracial socialisations, while those who perceive the gap as getting smaller are more likely to participate in interracial socialisations. This finding remains strong and significant even after controlling for the influence of LSM, race, education, trust and other factors. Indeed, a number of these factors are also correlated with greater interracial interaction. Individuals who have higher education levels, a higher LSM and a better relative economic position are more likely to be involved in interracial socialisation. In both the descriptive and multivariate analysis, Africans and whites are shown to have lower levels of interracial interactions than Coloureds at all LSM levels.