UN Security Council Failure to Mediate in the Russia-Ukraine Conflict 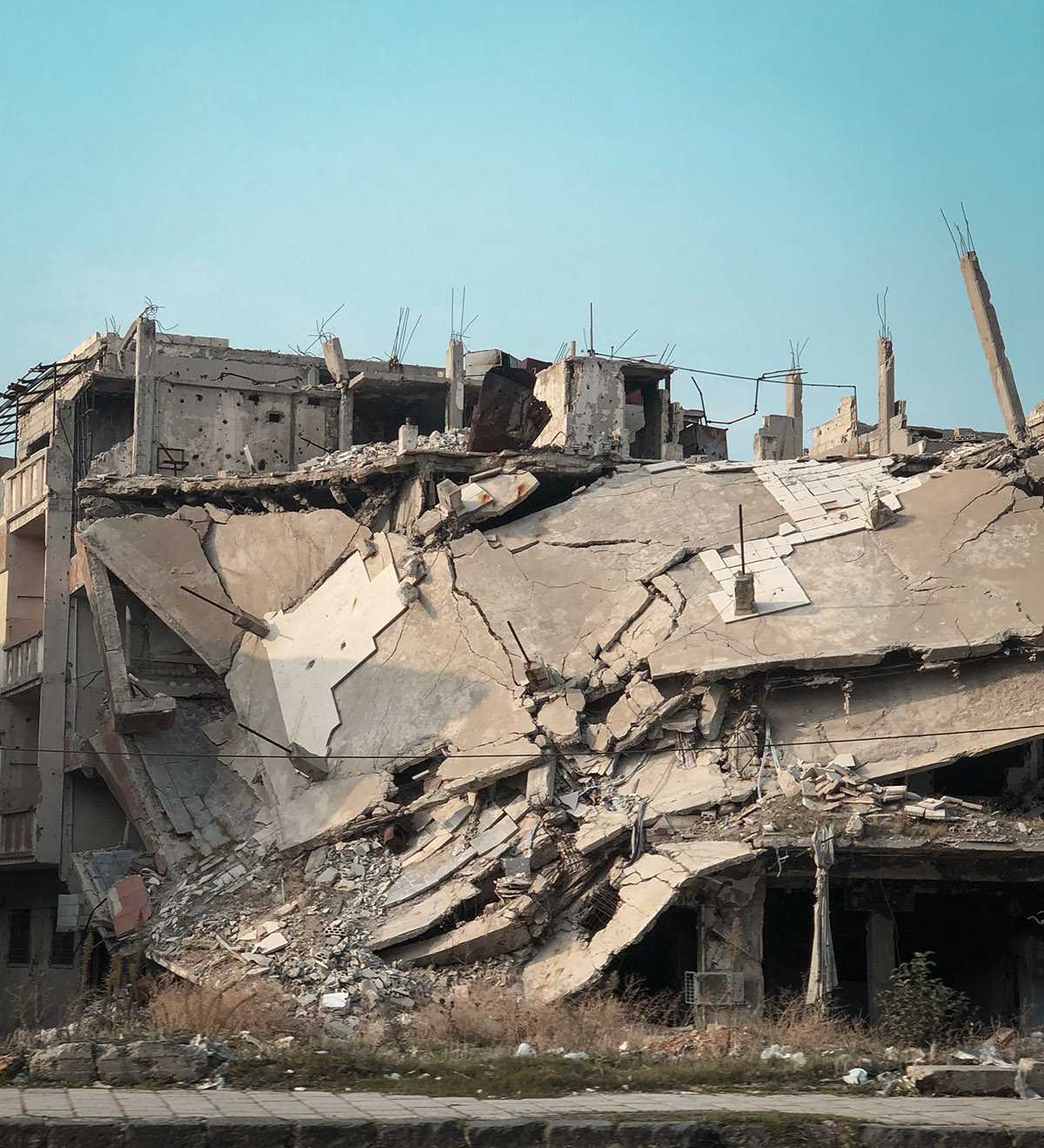 The conscription of additional 300,000 troops in Russia, by Vladimir Putin, is a sign that he is digging in his heels and hunkering down for the long-haul in the Ukraine conflict, which was launched by a Russian invasion on 24th February 2022. Despite the escalation of violence and the endless supply of weapons from the West, mainly the US and Western European countries, the United Nations Security Council (UNSC) has failed dramatically to act on de-escalating the crisis, which indicates that it is no longer a useful institution when it comes to making peace in the twenty-first century. There is a clear case for dismantling the UN Security Council and establishing a new global collective security system.

The images of millions Ukrainian’s, and citizens of other countries, including Africa, fleeing the Russian assault, at the outset of the war, evokes memories of the millions of people who also fled as refugees from the violence of the First and Second World Wars. The brutality of the Russian attack on Ukraine cannot be questioned and the urgency of a mediation processes is self-evident. In this regard, due to the institutional gap created by a dysfunctional UNSC, efforts to mediate on going and future crises in which one or more members of Permanent Five (P5), members of the Council, will be confronted by the same systemic failure. The UNSC’s inability to intervene through mediation and preventive diplomacy has led to the resurgence of power politics and the proliferation authoritarian regimes that are prepared to defy the will of the international system of rules and regulations governing the conduct between states. In effect, the UNSC has can more appropriately be characterized as a United Nations Insecurity Council.

The founding principles of the UN as the world’s self-designated purveyor of international peace and security, has become paralyzed by the realpolitik of the P5 members of the Security Council, which was already a feature of the Cold War, has rendered it impotent and ineffectual in preventing and resolving violent conflict.

Following the subjugation of the fascist and totalitarian powers at the end of the Second World War the wartime allies decided to construct a new framework for the post-war world order. The United Nations organisation was the progeny of this endeavour and its primary purpose was to ensure that there was an institutional mechanism that, according to the UN Charter, of 1945, would encourage its members to ‘settle their international disputes by peaceful means in such a manner that the international peace and security, and justice are not endangered’. Through the mechanisms of the Security Council and the General Assembly the UN was provided with the ability to oversee the peaceful settlement of disputes. Specifically, Article 33 of Chapter VI of the UN Charter states that ‘the parties to any dispute, the continuance of which is likely to endanger the maintenance of international peace and security, shall, first of all, seek a solution by negotiation, enquiry, mediation, conciliation, arbitration, judicial settlement’. In order to operationalize these interventions, the broad range of institutions within the UN system could be utilised. On this basis, it is important not lose sight of the fact that the UN is the composite formation of its Secretariat, the member states and its numerous agencies. However, the UN Security Council is the most powerful of these institutions and it has a primary responsibility to create and establish the framework conditions for other branches and institutions of the UN system to contribute towards the peaceful resolution of disputes.

that dominated the Cold War era. The superpowers (the USA and USSR) and their client states within the UN framework, formed de-facto alliances along ideological lines and institutionalised an oligarchy of power. This appropriation of global power manifested itself through the dominance of the Security Council in all major decisions, and meant that the UN’s ability to resolve conflicts and build peace became structurally paralysed. Rarely, if at all did the interests of the USA or the USSR converge. The greatest threat to international peace and security therefore arose from the conflict between the UN Security Council’s most powerful members. The Cold War period witnessed over 150 armed conflicts which claimed approximately 25 to 30 million lives. In this climate of East-West competition the mechanisms and strategies to manage and resolve conflicts relied on coercive political negotiations in the context of the prevailing superpower rivalry. In effect, the involvement of other collective security organisations and third parties was restrained and possible only in conflicts in which the great powers did not have a direct stake or in which they had shared interests. So even though the UN established what could have served as institutions capable of creating the framework conditions for peace-making, it was severely undermined by the exigencies of Machiavellian superpower politics during the Cold War.

The self-interested agendas and cynical actions of the P5 members of the UNSC, such as the Russian Federation, China, US, and France, has transformed the Council into a net contributor to global insecurity, as evidenced by the world-wide impact of the Russian-instigated crisis in Ukraine. The systemic failure of the UNSC suggests the need for an urgent transformation of the international system. Since the idea of transforming the global system was muted after the end of the Cold War, in the early 1990’s, and after close to three decades of rhetoric of restructuring, the fallacy of UN reform has become a self-evident truth. Powerful countries within the UN system, in particular the P5 members continue to dangle the perpetual promise of reform, which they have no intention of honouring. Given the reality of the paralysis of the UNSC and the indefinite postponement of UN reform, the world needs to dismantle the United Nations Security Council, and establish a process for the radical transformation of the international system and the articulation of a new global democratic architecture, which will include a new global infrastructure for mediation, peace-making and peacebuilding.

There is a pathway for members of the UN General Assembly to embark on a UN Charter review processes can lay the foundation for the establishment of this new global democratic dispensation. Based on ideas that have been promoted by the World Federalist Movement for close to half a century, the time has come to think about creating a new structure for global governance. Such as structure would be premised on a fundamental shift away from privileging the nation-state in global affairs. A newly established World Federation of Nations would feasibly include the following organs World Parliament, Council of Supra-nations, Assembly of Nation-states, Committee of Sub-National Groups, Global Forum of NGO’s, Global Committee of Unions and Transnational Corporations, a Global Court of Justice and an International Security Force.

The founders of the UN recognized that the moment would arrive when it became imperative to transform the organization and included a practical mechanism to review the body’s Charter. Specifically, Article 109 of the UN Charter provides for a “General Conference of the Members for the purpose of reviewing the present Charter”. According to Article 109, of the UN Charter, a Charter Review Conference could be convened at a specific date and place if it is approved by “a two-thirds vote of the members of the General Assembly and by a vote of any nine members of the Security Council.” Therefore, in practice there are no major obstacles to convening a Charter Review Conference apart from securing the necessary percentages described above. In addition, the decision making process at

There are precedents for Charter Review processes leading to the establishment of new international organizations, notably the Organization of African Unity’s transformation into the African Union, initiated by a meeting of Heads of State and Government in 1999. Therefore, there a UN Charter Review Conference could lead to the formation of the WFN through broad-based and inclusive consultations that include governments, civil society, business, trade unions, and academics.

The trajectory of the UNSC’s dysfunctionality and systemic failure created the conditions that rendered it ineffective in the face of the 2022 Russia-Ukraine crisis. Therefore, this crisis strengthens the case for the dismantling and radical over-haul of the UN Security Council as an institutional framework. The UN begun with only 51 members and now includes 193 countries. In a similar fashion a new global democratic system can begin with a small coalition of like-minded states, and as the UN system withers away, an institution fit for purpose will emerge to address the challenges that humanity faces in the twenty-first century.