A site of Historical Trauma: Castle of Good Hope, A ‘Silent Witness’ 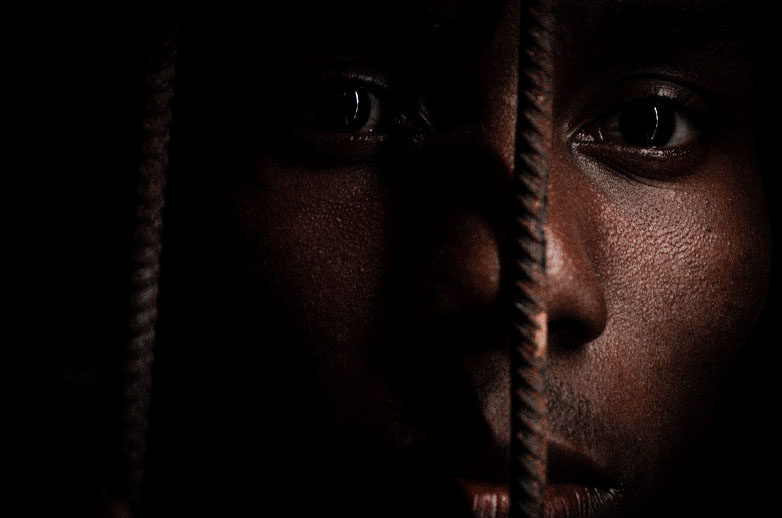 The history of South Africa entails colonial and apartheid era violence and trauma (visible and invisible) which ingrained various socio-economic-political-agrarian orders of brutalisation, mass killings, and the displacement of local people from their culture, language, land, agency, and spirituality. Attached to such history, are the intact remnants of the colonial and apartheid eras – national heritage monuments.  The Castle of Good Hope (hereafter the Castle), as a national heritage site, is not limited as being the oldest architectural structure erected in 1666 in Cape Town, nor is it only a transitioning site that tries to incorporate democratic principles of multiple heritage. This site, as a ‘silent witness’, wields memories of both individual and collective historical colonial and apartheid trauma. Thus, it is navigated by resilient apartheid survivors – descendants of the colonised, enslaved, and oppressed generations – as a site of historical trauma.

My Masters dissertation, Resilient Apartheid Survivors and Their Navigation of Historical Trauma at the Castle of Good Hope, Cape Town (2019), analysed how historical traumas are embedded in the displaced landscape. Historical trauma in this context, is often associated with the scholarship on the trans-Atlantic slave trade (from Africa to the Americas). However, little work is done in relation to the descendant’s navigation of trauma – the resultant of the Indian Ocean trade and slave trade. The trauma related to the violent occupation of the European nations, transcended itself and was continued through various apartheid policies which has prevailing legacies of intergenerational historical trauma in Cape Town. Thus, the qualitative empirical research project explored the memories and experiences of apartheid survivors and how they navigate the Castle as a site of historical trauma.

‘Heritage’ in a Post-TRC Context

South Africa’s heritage was constructed in relation to the work of the Truth and Reconciliation Commission (TRC) of 1996. The TRC was the transitional justice mechanism that was used to facilitate public hearings of the individual’s testimony of apartheid trauma and violence. This institution constructed the often-critiqued public discourse that centred on religious doctrines’ notions of forgiveness and healing as modes to approach the difficult past. Furthermore, the post-apartheid state’s heritage projects comprised of memorials, monuments, and museums, that sought to implement the TRC’s recommendations for symbolic reparations embedded in its visions of forgiveness, healing, and reconciliation for all. Thus, contested heritage sites such as the Castle are envisioned to have catalytic functions that furthers the nation building agenda and create a national identity.

In testimonial terms, the navigation of the Castle as a historical trauma site is parallel to that of witnessing historical trauma. Hence, spatial and temporal conditions are created at the Castle in order for the individual’s articulation of the colonial and apartheid pasts, which can be viewed as testimony. However, there are often lacks in the memorialisation of traumatic events in order for the enforcement of the nation building agendas of reconciliation at the Castle. The archival evidence speaks to the unspoken colonial material testimonies such as the Castle, and the horror, torture, trauma, violence, and executions that occurred there during the colonial era. Thus, resilient apartheid survivors challenged the silence and denialism of historical trauma of colonial land dispossession, torture, rape, murder, destruction of indigenous social systems, being part of a global chain of trauma; as well as the apartheid structural violations of the abuse of the apartheid armed force locally and regionally, forced removals, legal segregation, and violence.

A Site of Historical Trauma

In the post-apartheid society, the Castle has diverse historical narratives as a place of good and immoral memory, and is viewed as a potential site of healing, reflection, reconciliation and nation-building. Colonialism affected colonised societies with immense cultural, economic, political, social, structural, psychological, and spatial impacts. Thus, post-colonial societies are in constant processes of decolonisation. South Africa in general, and Cape Town in specific, are witnesses to the brutality of colonial and apartheid repressive regimes. As a result of such pasts, the Castle is viewed by apartheid survivors as a site of historical trauma. There were efforts made to transform the Castle from its exclusive, culturally biassed, racist, and traumatic symbolisms. Thus, the management team continues to strive for the Castle to be a democratic, restorative, healing, post-modern; non-racial, non-sexists, educational and interactive, composed of all forms of heritage, and vibrant space. Although the Castle contemporarily functions as a multiple-use and multiple-stakeholder type of site, it is still being navigated by apartheid survivors as a site of historical trauma.

The Castle has been the ‘silent witness’ of historical injustices and site of historical trauma throughout the periods of colonialism, slavery, and apartheid. During these periods, it too was a site of rebellion, boycott, and resilience to these repressive regimes. In the post-TRC context, the material remains of the Castle serves as witness to the historical trauma and the resilient descendants of the colonised, enslaved, and oppressed people. These individuals continue to demand for the remembrance of people who were victims of the atrocious past and restorative justice for the historical injustices and its legacies. Furthermore, the employment of heritage in the post-apartheid context often sanitises the country’s brutal past and becomes embedded in deliberate state denialism and forgetting of collective traumatic past. Thus, the Castle’s heritage and history results in it being viewed as a historical trauma site.