Popular trust in the South African Police Service (SAPS) has declined by about half over the past decade. Most citizens think most police officials are corrupt, and a small number of citizens report having to pay bribes to obtain police assistance or avoid problems with the police.

The SAPS has been plagued by scandals over the past decade. Four of the country’s seven post-apartheid National Police Commissioners have been dismissed from office and convicted on charges of fraud, corruption, and dishonest conduct.
Yesterday, President Cyril Ramaphosa announced that National Police Commissioner Khehla Sitole had been served with a notice of intention to suspend him, stoking speculation that the country’s top police official may be dismissed in the coming weeks. Sitole, who was appointed in 2017 by former President Jacob Zuma, has been accused of misconduct in connection with his alleged role in frustrating internal police investigations.

Afrobarometer is a pan-African, non-partisan survey research network that provides reliable data on African experiences and evaluations of democracy, governance, and quality of life. Eight rounds of surveys have been conducted in up to 39 countries since 1999. Round 8 surveys in 2019/2021 cover 34 countries. Afrobarometer conducts face-to-face interviews in the language of the respondent’s choice with nationally representative samples.
The Afrobarometer team in South Africa, led by the Institute for Justice and Reconciliation and Plus 94 Research, interviewed 1,600 adult South Africans in May-June 2021. A sample of this size yields country-level results with a margin of error of +/-2.5 percentage points at a 95% confidence level. Previous surveys were conducted in South Africa in 2000, 2002, 2006, 2008, 2011, 2015, and 2018. 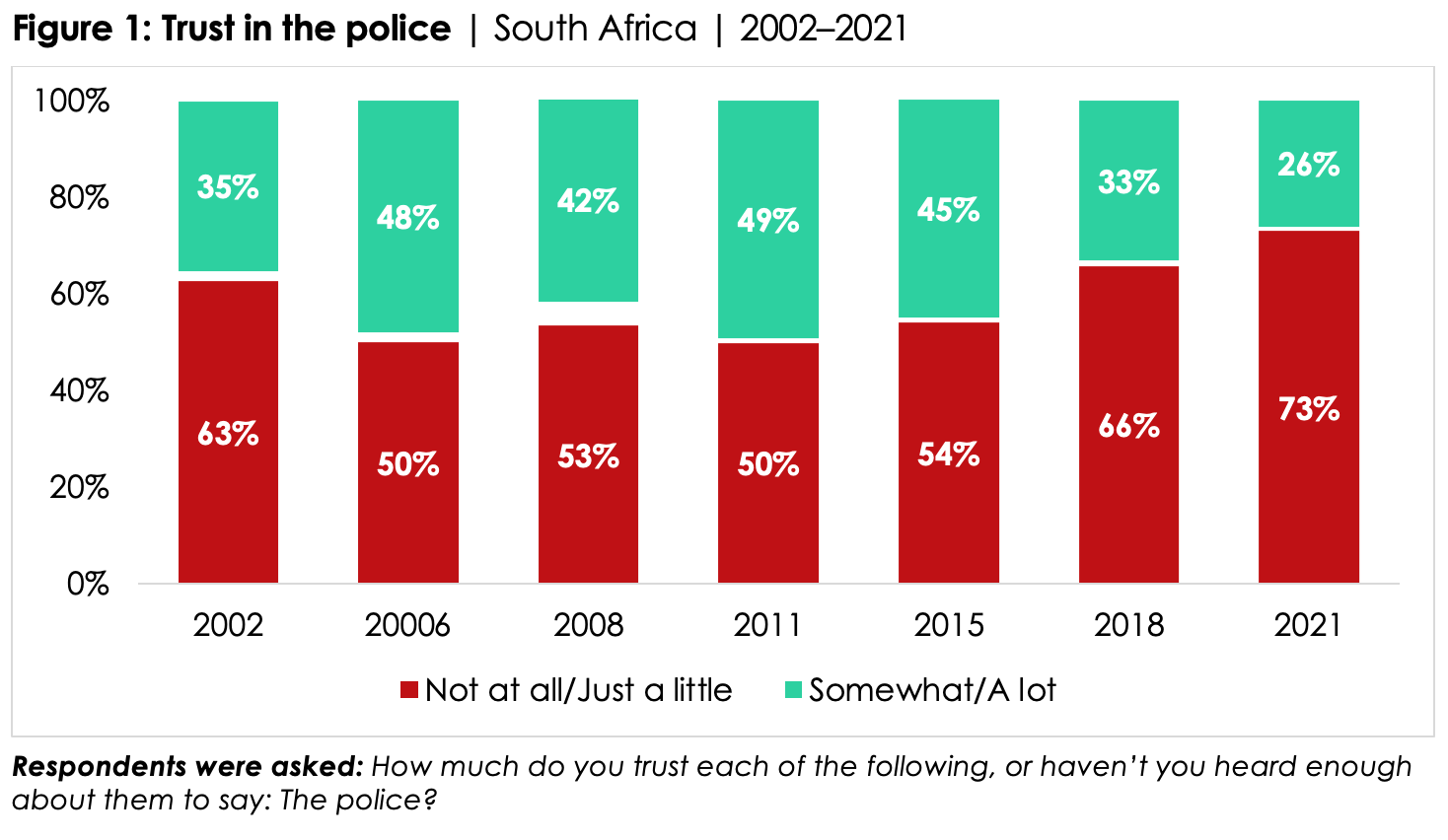 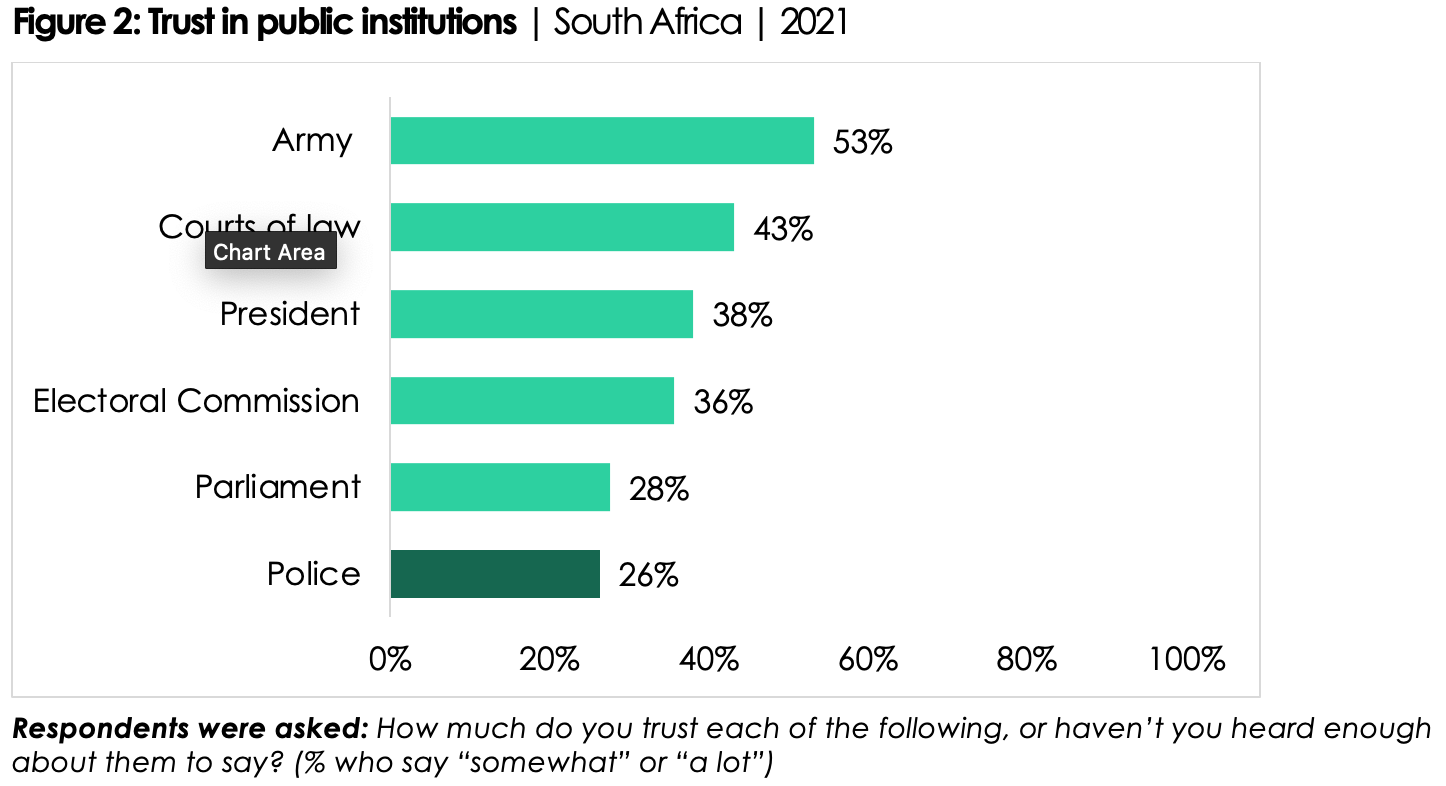 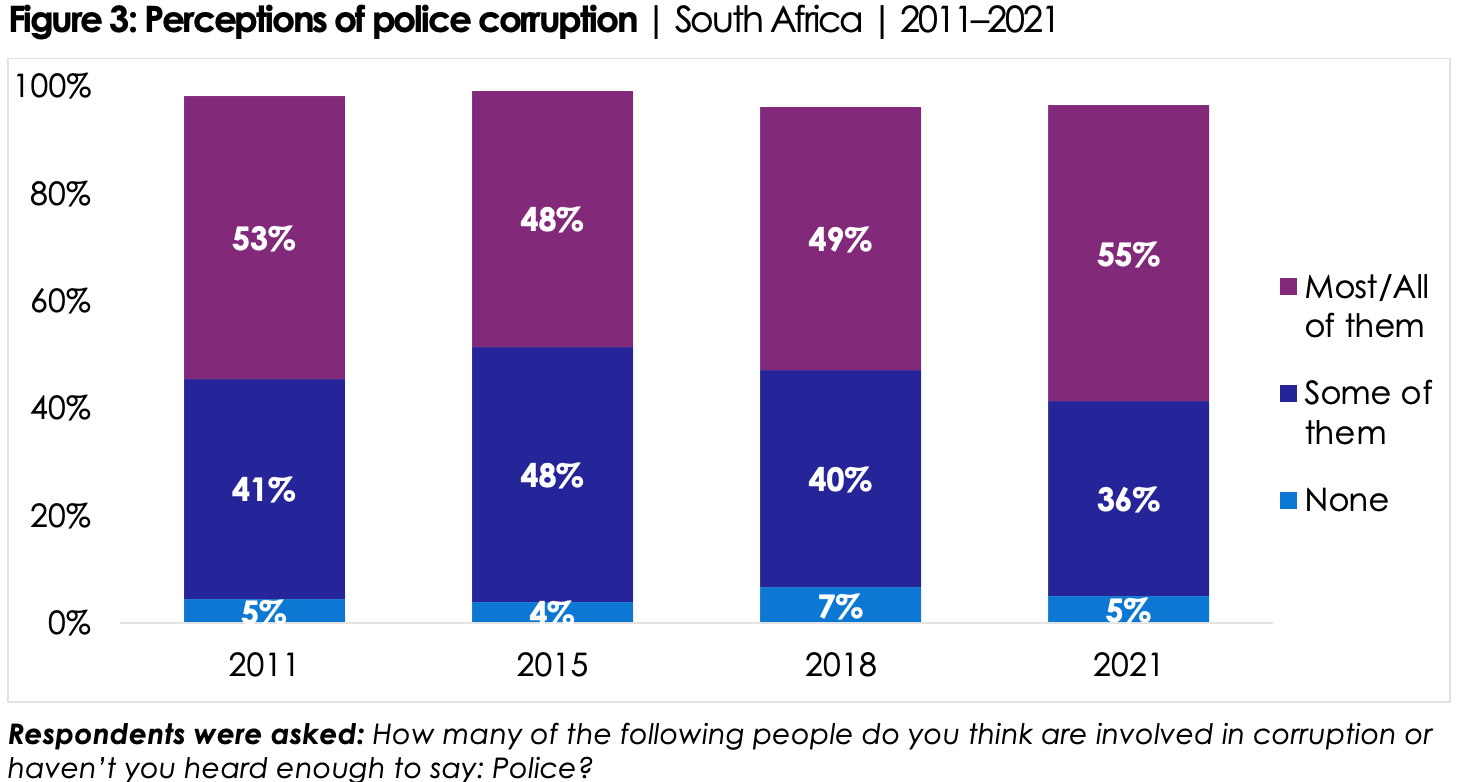