Perpetuating Gender – Is it a boy, or girl? 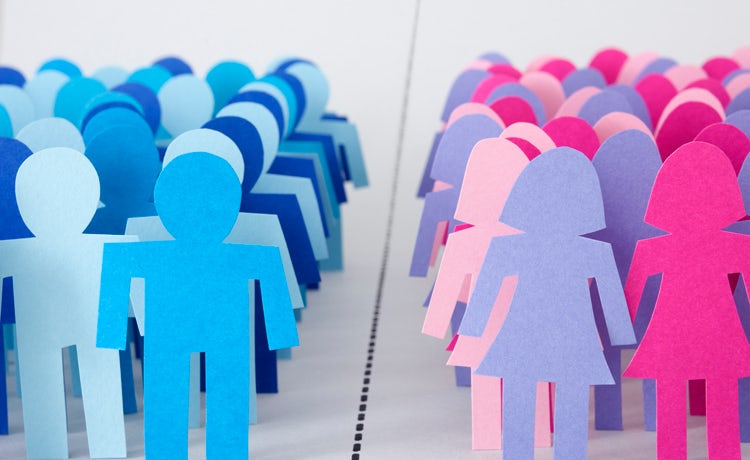 Besides the ‘how many months are you’ question posed to pregnant women, there is the, ‘what gender is your baby’ concern. Imagine for a second that the response to the latter is, ‘it’s a boy’. What follows from there is a conversation on whether the mother is ready for the trouble that a boy brings. This is expressed with a smile suggesting that the trouble is good, necessary and is to be accepted because, ‘‘boys will be boys’’. When the baby is a girl, there is a discussion on how adorable she is to be until she reaches adolescence. At this point, ‘she will not listen to her mother, she will be cheeky, very hard to deal with and she will probably think that she ‘has the answer to everything’.

This has to be one of the simplest, subtle and yet ingrained ways in which patriarchy manifests and the reinforcement of gender roles triumphs. The parent has either bought blue or pink clothing and the well-off parent goes as far as to plan a gender reveal party. There is also a wave of gender baby bets doing the rounds online, and these come with some kind of reward.

Gender roles are socially constructed and structurally upheld to benefit a muscular man. They hold that girls are to be vulnerable, in need of a male saviour and are objected sexually. Boys are to be dominant, aggressive in their hustle and are often described in political language to be ‘absolute and resolute’. As the feminist author, Chimamanda Adichie Ngozi puts it;

We teach girls to shrink themselves

To make themselves smaller

We say to girls

‘You can have ambition

But not too much

You should aim to be successful

But not too successful

Otherwise you will threaten the man’

Simone de Beauvoir, a feminist author, also hits the nail on the head as she points out that ‘man is defined as a human being and woman as a female’.

Spaces for childhood gender-nonconformity are closed down, and queer kids are denied of their existence. If not denied, then they are subject to victimization, which leads to a number of psychological risks and ultimately, self-hate and suicide. It is held that anything that is not heterosexual can “be prayed away”, and is a chapter in one’s life that ought to fade away.

There are persisting ideas of femininity and masculinity that children are born under. They are used as opposites, and each child has to conform to one of the two. A boy would be involved in rough play, his role playing activities are about how much power he possesses and how to exercise that power. A girl has to be ‘pretty’ in pink and find solace in a doll that probably looks nothing like her. The problematic story of Cinderella continues to be told to young girls. It however creates the impression that girls should accept and not question injustices. It depicts Cinderella as incredibly beautiful against the backdrop of not so good-looking and resentful female characters and portrays her as obedient to the point that her obedience is rewarded with a prince that swifts her off her feet. There is also a whole range of other kids’ products that imply that boys are much smarter than girls are, and that girls are responsible for the assaults they endure.

Children who noticeably differ from the norm are rejected, feel as if they are in constant conflict with society and that they do not belong. They are labelled as homosexual (even though they are yet to fully understand identity). This is still based on the old and narrow assumption that masculinised girls are lesbians and gays are feminised boys, and all of which are socially unacceptable ways of being. Growing up, if you do not conform to these binaries, then you are forced to fend for yourself. .

These ingrained binaries are evident with society’s failure to recognize black queer womxn footballer, Portia Modise who has scored the most international goals, and in how society rallies against social issues but not for corrective rape or the continuous dehumanisation of womxn.

Siphokuhle Mkancu is a communications and advocacy intern at the Institute for Justice and Reconciliation. He holds a BTech in Media, Communication and Culture from the Nelson Mandela University