Learners on gender: “Our vision is a gender fluid society” 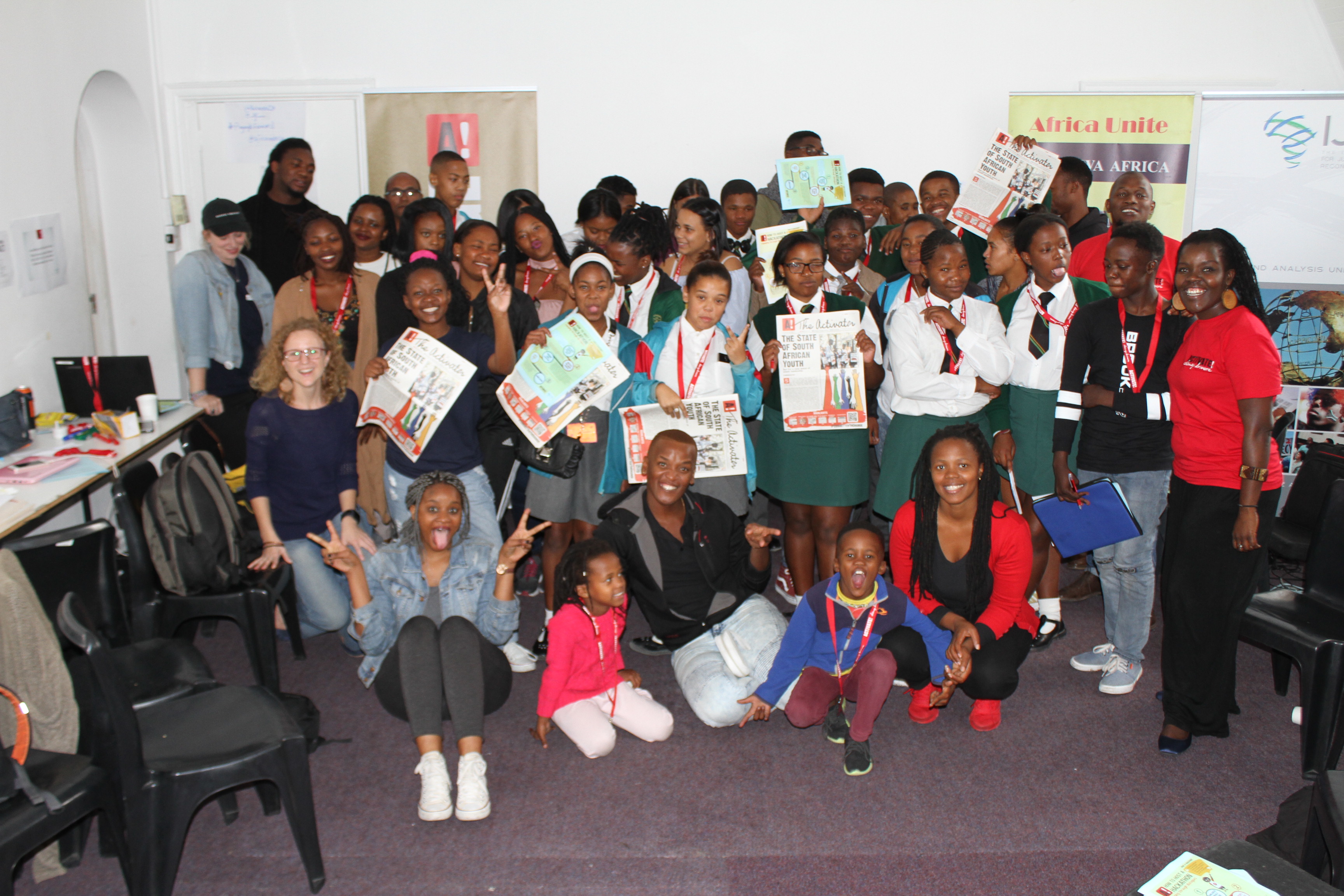 ACTIVATE! Change Drivers, in partnership with the Institute for Justice and Reconciliation (IJR) and Africa Unite, hosted a Gender and Gender Based Violence Hackathon with young community members who were predominantly learners from several high schools in the Western Cape.  The event took place on Saturday 10 March 2018 at the Africa Unite Offices at Spin Street on Saturday March 10 in Spin Street, Cape Town city center.

The hackathon forms part of the   Interconnectedness and Inclusivity project that the above listed organisations (ACTIVATE! and IJR) are working on, which aims to create enabling and inclusive spaces of engagement around gender and gender-based violence, racial identity and intersectionality respectively.

“Despite 23 years of democracy and gains made in terms of access to socio-economic and civil rights the legacies of colonialism and apartheid still impacts how we relate to one another, specifically as it relates to gender. Marginalised gender identities battle to access what should be inalienable human rights, and until we address this legacy of inequality, we will fail to address the gender crisis.”- extract from the gender hackathon concept note.

The objective and purpose of the hackathon was to create a safer and brave space for learners to engage on issues of gender and gender-based violence (GBV); explore with them their perceptions around the roots causes of GBV and train them in hosting Hackathons in their own communities. Learners [Peer Educators] from Rosendale High, Simunye High in Delft Portlands High Mitchells Plein, Nelson Mandela High Nyanga and Heideveld High in Heideveld were in attendance. The group also included a few other community members, including Mr. Meyer, a teacher from Heideveld High School.

In holding the conversation, learners were first asked to identify and share what their understanding of gender, gender identity and gender roles was. “We need to understand what young people know as sexuality. They are raised and taught in a particular way, and if we want to unpack gender-based violence we need to unpack both the understanding of gender and that of violence. This way we take the conversation of GBV far beyond the heteronormative context”, Lezerine Mashaba, ACTIVATE! Interconnectedness Project Manager and the facilitator of the hackathon.

It was interesting to note that the peer educators’ definitions and understanding of gender was broader, and not so often associated with one’s sex. Furthermore, they shared interesting insights around gender as a social construct, and the confined mannerisms that gender binaries may entrench.

One of the learners spoke on how gender-based violence is primarily based on rigid gender roles, and those can be enforced through different forms of violence which can be emotional, physical, verbal, psychological and economical. They further explained that people may be violated because they are women and society feel entitled over them and their bodies, but also to other gender diverse persons because they either have a different sexual orientation from them [heterosexual] or because they do not conform to the rigid gender expectations that are placed upon individuals based on their sex assigned at birth.

Learners represented at the hackathon unanimously committed themselves to coordinating such engagements at their respective schools. Furthermore, organisers of the event expressed their willingness and intention to support such initiatives.

ACTIVATE! and IJR will continue to have these conversations on other platforms, including a webinar on March 19th and an Imbizo on March 21st , critically engaging on Human Rights and Gender Based Violence.