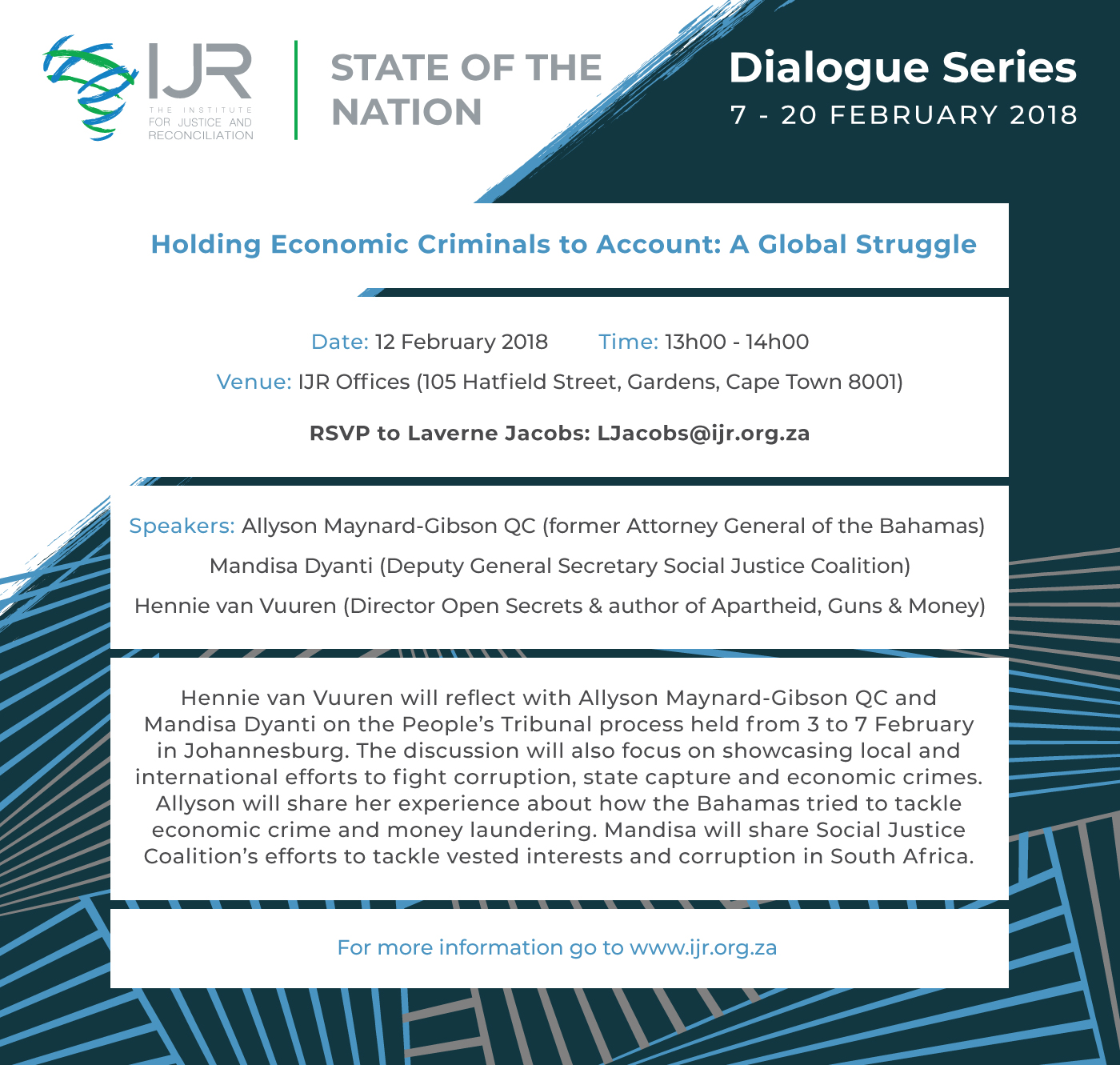 When a single decision is made – in economics, politics, social life etc. – there is an opportunity cost that arises as a result of alternative decisions not made. As a result of focusing the Truth and Reconciliation Commission on violent human rights violations, there were alternative forms of justice that were ignored. South Africa did not address the impact that economic criminals and injustices had on the socioeconomic livelihoods of those who were disadvantaged during apartheid.

Today we live in a society where collusion and corruption is the norm, yet larger transitional justice institutions, still, unanimously forego these issues. However civil society, especially in recent times, has not been so complacent and has challenged these corrupt networks across the country. The State Capture case is an example of our constitutional checks and balances holding high-level government officials and private/public corporations to account.

While civil society has been strong, more work towards accountability is needed. The poverty and inequality rates, especially amongst black citizens, are indicative of how “reconciliation” cannot be achieved as long as these crimes/injustices stay unaddressed. Thus it is of the upmost importance that we continue to interrogate these spaces, and constantly challenge corruption within our state, pre, during, and post-apartheid.

Therefore the IJR in partnership with Open Secrets will host a lunchtime seminar titled Holding Economic Criminals to Account: A Global Struggle, where Hennie van Vuuren (author of Apartheid, Guns & Money and Director of Open Secrets), Allyson Maynard-Gibson QC (former Attorney General of the Bahamas), and Mandisa Dyanti (Deputy General of the Social Justice Coalition) will be joining us in a discussion based forum.

Mr Van Vuuren will reflect with Ms Maynard-Gibson QC and Ms Dyanti on the Peoples Tribunal on Economic Crime that will be held prior to our event, between 3 to 7 February in Johannesburg. They will enable us to facilitate a discussion on both local and international efforts to fight corruption, state capture and economic crimes. Ms Maynard-Gibson QC, will share her experience from the Bahamas and the efforts they took to tackle the same issues, especially in the case of money laundering. While Ms Dyanti will give us the same insight into South Africa’s efforts against these economic injustices.