The Institute gives an annual Reconciliation Award to an individual, community or organisation in South Africa that has contributed, in one way or another, towards reconciliation. Through this award the Institute would like to acknowledge and showcase the recipients’ approaches and strategies to enable reconciliation, whether they originate in the spheres of politics, media, business, culture, and academia or community service.

In previous years, the following recipients have received the Reconciliation award:

2018: Mosilo Mothepu: For the courage displayed, in the fight against state capture, combatting corruption and advancing reconciliation”

2016 : Gender Dynamix: For their exceptional work in Advancing Transgender Human Rights in South Africa and their work in the Gender Justice Field

2015: Women on Farms Project (WFP) – ‘For: 20 years of shaping reconciliation by strengthening the capacity of women who live and work on farms.‘

2014: The Ruben Richards Foundation – ‘For enabling communities to overcome gangsterism and organised crime.’

2013: Symphonia for South Africa’s Partners for Possibility project – ‘For enlivening reconciliation by helping to bridge the social, economic and geographical divides between the business and education sectors.’

2012: The Socio-Economic Rights Institute – ‘For keeping the Marikana victims and their families on the national agenda.’

2011: Ms Olga Macingwane – ‘For her continued commitment to community reconciliation.’

2009: Judge Albie Sachs – ‘For realising reconciliation through his life and work.’

2007: The community of Masiphumelele – ‘For setting an example in promoting tolerance towards foreign nationals, and in striving to ensure dignity and justice for all in their community.’

2006: Ouma Grietjie Adams -‘For holding the community together in mourning, conflict and celebration.’

2005: Brigalia Bam – ‘For her role in enabling peaceful democratic elections’

2003: Dullah and Farieda Omar – ‘For their contribution to the TRC process’

2002: PJ Powers and Sibongile Khumalo – ‘For singing one another’s songs’ 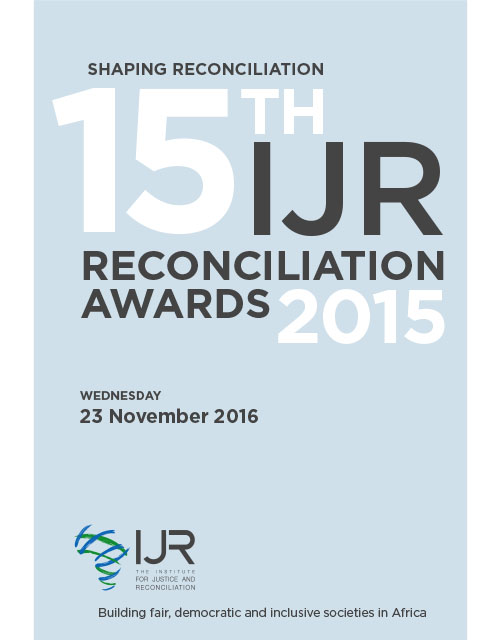 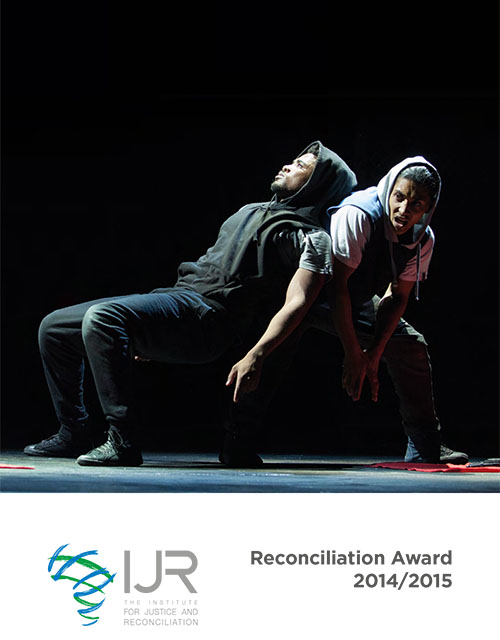 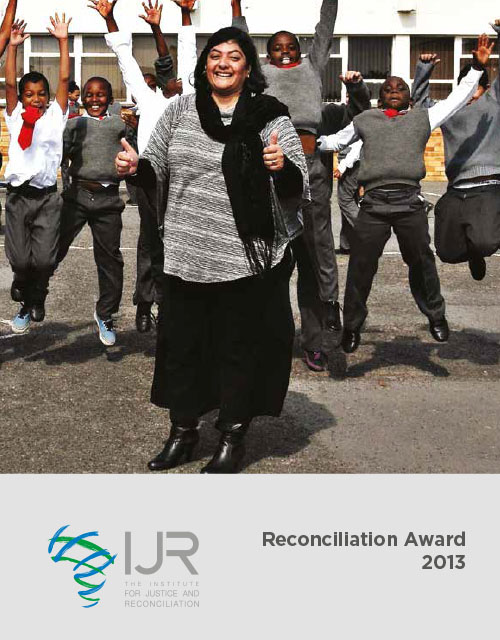 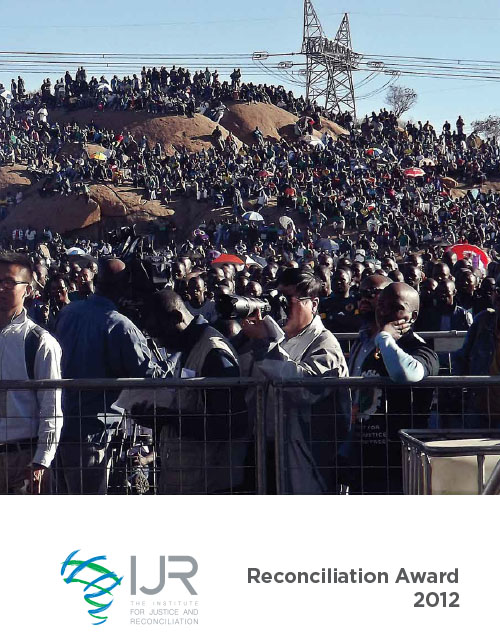 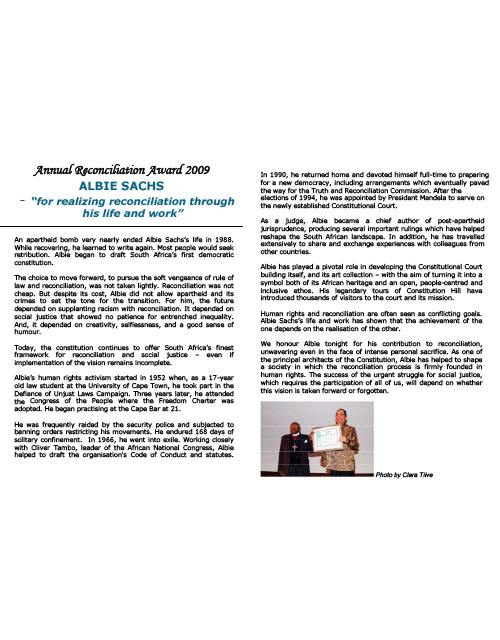 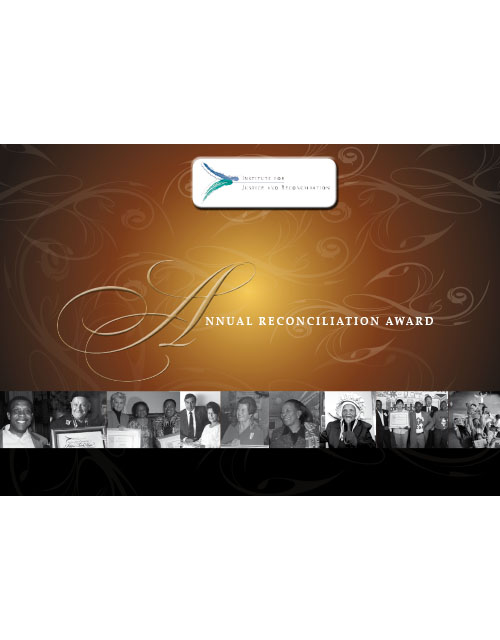